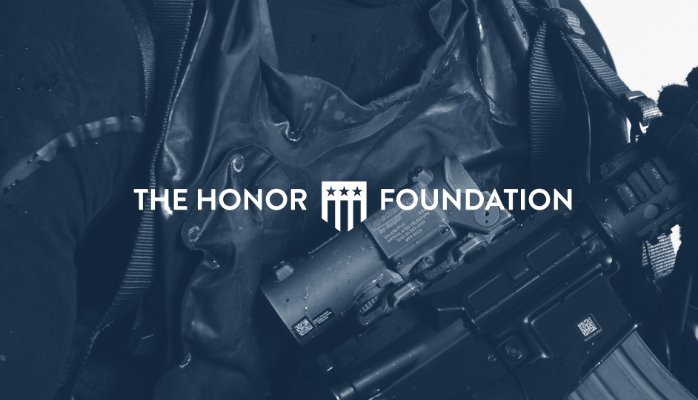 FLIGBY at Navy SEAL is We always take pride when acclaimed organizations recognize and employ our solutions. When the best in a profession chooses FLIGBY, we feel that it is worthwhile to travel a more challenging road. The Navy SEALs are the world’s leading elite military force and FLIGBY has been part of their decommissioning training program for soldiers for the last two years.

The integration of Special Forces soldiers into the civilian world is not a simple task. Several organizations are helping in this preparation process, including The Honor Foundation (THF), which was set up for experts directing special units. THF has been an active FLIGBY partner for two years, thanks to Michael Crooke (MC), an ex-Navy SEAL. MC is an excellent example of a person who has successfully transitioned between careers. After decommissioning, he went to work at Patagonia, a company specializing in outdoor apparel, later becoming its CEO. He now teaches business strategy as a Dean of the University of Oregon.

Serving in the Special Forces does not happen without leaving a mark. The organization’s boss, Jeff Pottinger, who served in the US Marines, shared his experience with us. There are few FLIGBY clients who are so serious about taking the program. Jeff is not only aware of the content and functioning of the simulation; he also knows the expectations of his students perfectly.

It was a learning experience to see how proficient the former leaders of the special teams remain in solving their tasks in civil life: there is no detail that escapes their attention. They are preparing for all possible situations; know how to react when a player discusses the game’s feedback system and have plans regarding how to deal with participants if rivalries break out over knowing game results.

The training management team knows exactly what it wants to achieve by employing FLIGBY. They deliver high-quality programs with precise design, resolute implementation, and detection of problems, where the objective of the analysis is to work toward the elimination of mistakes. All this is executed with modesty and no formality, but with the awareness of excellence.

Why is FLIGBY interesting for a decommissioning Navy SEAL?

According to Gallup’s surveys, 70% of US employees do not enjoy their work. In Canada the figure is 50 to 70% depending on the study. This is exactly the opposite of job satisfaction in the US military, where 70% of people are satisfied with what they have always wanted to do.

So why is it interesting to have a game-based leadership development simulation in California winemaking for decommissioning soldiers? Jeff mentioned the followings:

1. Preparing for the corporate world – The army is a special environment whose rules differ significantly from those of business organizations. Usually, we think that, of course, companies are no longer organized on orders and instructions, and an individual’s difference of opinion is not a betrayal. However, there is a much more interesting aspect of this. According to Gallup’s surveys, 70% of US employees do not enjoy their work, and they feel that they have little choice but to persevere under unfavorable situations. In the military it is exactly the opposite: 70% of people feel that they are dealing with what they have always wanted to do and cannot imagine anything being more exciting and motivating than military service. In decommissioning soldiers, the objective is to prepare them for a potentially less stimulating environment and that companies have workers who more or less hate their tasks and the entire work environment. From this point of view, FLIGBY is an ideal modeling device: some of the characters are on the edge of burnout; while others are partially de-motivated.

2. For Special Forces, decision-making is dominated by men – The internal rules of special teams prohibit women from actively participating in certain combat acts. For the participants of the program, it is interesting to experience that women leaders can also have a significant influence on strategic decisions and their active role they sometimes play in organizational conflicts. Those who have played FLIGBY will hardly forget Rebecca, the Sales Director of the Turul Winery. The analysis/interpretation of her role and its impact on the operation of the company is an important part of the THF program.

3. Understanding the Differences between Management Cultures – One of the most incorrect pre-conceived assumptions about the army is that tasks are carried out through commands to people without thinking. Special Forces have long recognized that a rapidly changing environment should stimulate the re-thinking of classical decision-making hierarchies. Implementing a more serious military action (“project”) is carried out along the “Shared Leadership Model“, the underlying thesis being that expert decisions should be made by experts. The commander does not prescribe operational execution (solving operational tasks) and in a given situation accepts the experts’ opinions and decisions.

Modern organizations are faced with a growing number of challenges on the road to success: insecurity, dynamic changes, globalization, complex work tasks, and dangerous operating environments. These challenges inspire us to focus on high performance teams instead of rigid structures built on individuals. These teams avoid direct work organization based on hierarchical leadership and prefer decentralized leadership models that can mobilize the various expertise and experience of members. This emerging management practice is called “shared leadership”, which shares the initiative among members, allowing free access to the expertise that is needed to effectively deal with a given situation.

Navy SEAL veterans, therefore, come from a context in which subordination does not hinder the execution of work: leaders accept the views of experts who, in return, take full responsibility for their decisions. In traditional large business environments, this does not necessarily work. Soldiers must, therefore, be prepared for that in workplaces people do not trust each other 100%, may consistently hide their true motivation and in many cases, the use of the management toolkit is not a “common affair”, but rather the enforcement of individual interests. After a clear set of values and open rules of the army, soldiers consider the civilian workplace a dangerous and self-governing jungle, into which as FLIGBY players they can gain very useful insights, still under protected conditions.

4. Appropriate management of competitive behavior – The members of the Special Forces have very strong competitive behavior patterns. These people are constantly comparing their own results with the average values ​​of their own group and the performance of other groups. This is pretty much all right since war is a zero-sum game, with winners and necessarily with losers, for which any nation-state is waiting for “sons” is sent off to war, to come out as the winner. In the modern corporate world, however, the dynamic harmony of competition and cooperation has become an important condition for success. Organizations often compete and co-operate with each other at the same time, which results in rather complex situations. Their proper management goes far beyond the “we” and “they” type of distinction, and the “defeat them (specifically: kill them”) approach. FLIGBY is an excellent interactive case study from this point of view, as players learn how to build and maintain sensitive equilibrium situations both within and outside the organization while maintaining the profitability of the company in a sustainable way.

Experience shows that the biggest obstacle to veterans’ integration is potentially a “poor cultural fit” into a company’s corporate culture. This is how FLIGBY became part of the preparation for Special Forces veterans decommissioning from the United States military. It’s a simulation that helps these veterans get an introduction to the unfolding business environment, through direct experience.

It is a good feeling that FLIGBY can be an active part of this visionary program.